Canh tôm rau mong toi, literally a soup made with tôm, or shrimp and mong toi, or spinach, is usually served as a side dish along with steamed jasmine rice and a dish of meat.

Rau mong toi is a tender and sweet leafy vegetable that is unknown in Western cuisine. In Vietnam, it is a staple of lower income people. In fact, there is a saying using this leaf, “Nghèo rot mong toi!”, which approximately translates to “dirt poor”. Like rau muong, another Vietnamese leafy vegetable, it is quite expensive in America. I’ve probably said it in the past: immigrants crave the foods of their childhood and are willing to pay more for the memories. And this soup fits the bill.

Wash the lemongrass. Remove all the white powder from the leaves. Cut the stalk in half and crush it with the back of a chef’s knife.

3.2 Frying the shallots and garlic

Heat the canola oil in a skillet. Fry the shallots in the oil, stirring frequently to prevent the shallots from burning, until the color is evenly golden brown. Reserve the oil. Drain the shallots on paper towels. Set aside.In the same skillet, add the minced garlic and cook until it’s golden. Leave the fried garlic in the oil. Set aside.

Bring the water to a boil in a small pot. Add the tapioca starch, ginger, lemongrass, chopped onion and fried shallots. Lower the heat to medium-low and cook for about 10 minutes. Add the whole red chiles, daikon and rock sugar. Bring to one more boil, then lower the heat and simmer for 2-3 minutes.

3.4 For the shrimp balls

Wash the spinach. Separate the stems from the leaves. Set aside.

Serve hot with more cilantro and green onions. Drizzle toasted sesame oil and some nuoc mam to the broth to finish. 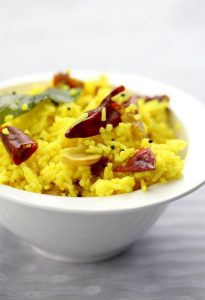 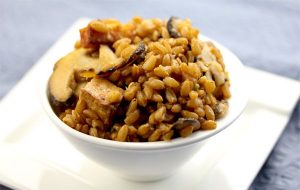