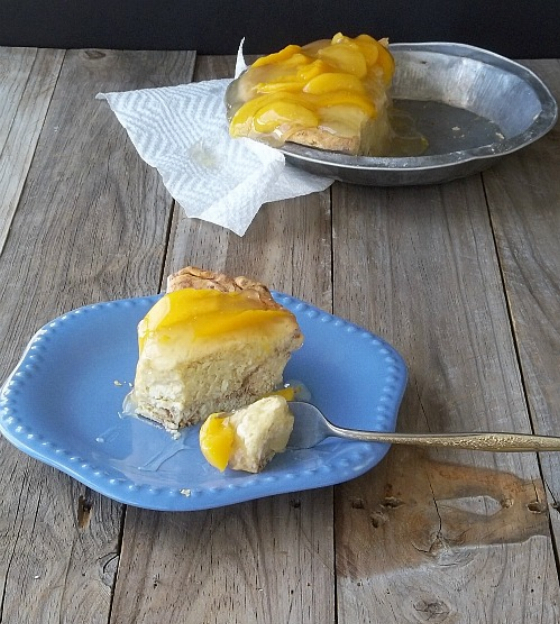 For Pies and pastries, I went out on a limb and created my own pie. I have seen pictures of cinnamon roll crusts all over Pinterest and decided to jump on board. Most of the pies created with that kind of crust were either apple or pumpkin. I have enough of those here on the blog, so I put on my thinking cap.

Each Christmas I make some kind of cinnamon roll or other pastry for breakfast. I got to thinking about danishes…mostly because I need to make them again to take a better photo. Then I wondered if I could make a cheese fruit pie with the cinnamon roll crust.

I wanted to put cherries or apples on the top of this pie, but the Comedian insisted on peaches. I still think cherries would have been better, but I am not the one who ate it, so I have to keep my mouth shut. I only had one package of 8 cinnamon rolls (because I had to try making the other package I bought in a waffle iron—that works, too!). So I only made a very small pie that sort of oozed over the sides of the pie tin. It really should have been bigger, so I accounted for that in the recipe below.

Recipe For Christmas in the Tropics Cake 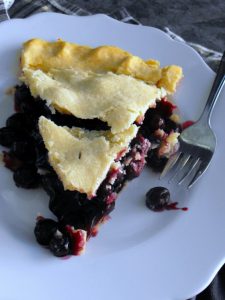 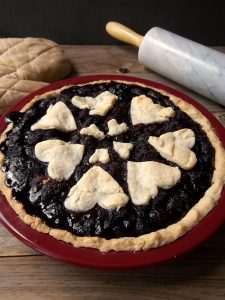 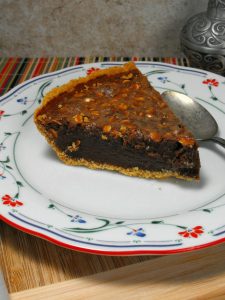 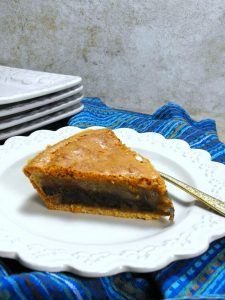 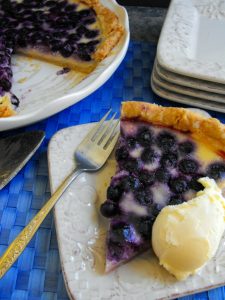 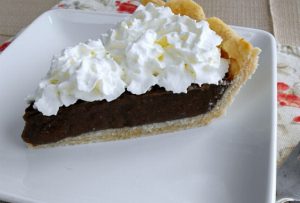