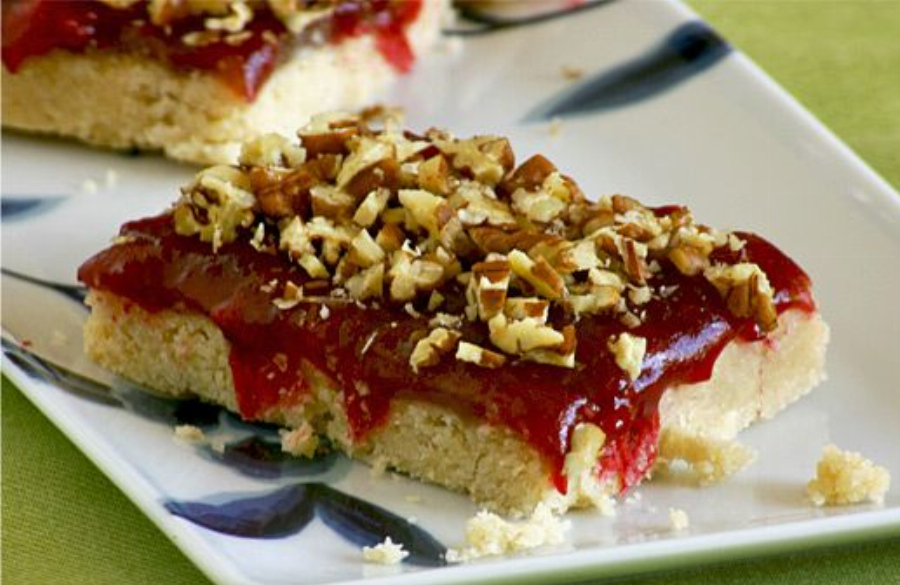 As Thanksgiving approaches, I’ve been giving more thought to new dessert recipes to go with the traditional pecan and pumpkin pies that we make each year. I recently had an absolutely delicious lemon bar, and it occurred to me that a modified cranberry sauce would be a good substitute for the lemon curd.

I used shortbread as the cookie layer. Shortbread is very easy to make, and the buttery and crumbly texture is a nice foil to the sweet and tart flavor of the cranberries. Once the shortbread had baked, I spread a thin layer of chestnut spread over it. The chestnut spread balances the tartness of the jellied cranberries.

To make the cranberry jelly, I added guava in place of the usual orange juice to give the jelly sweetness as well as a more complex flavor. (It also reminds me of our recent anniversary trip to Cancun). Guava is not really in keeping with the season, so if you prefer, apple juice would be fine, but I think the guava has more depth. The goal is to limit the sourness of the jelly because after all, we’re making a dessert.

After applying a generous layer of the cranberry spread to the bars, I finished them with a sprinkling of chopped pecans.

1. Info for Cranberry Bars with Chestnut Spread and Crushed Pecans

2. Ingredients for Cranberry Bars with Chestnut Spread and Crushed Pecans 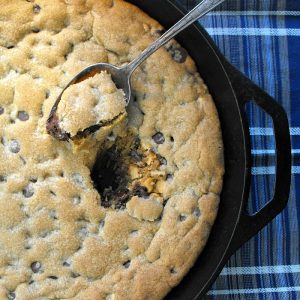 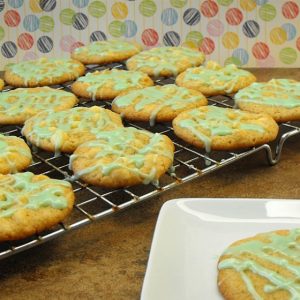 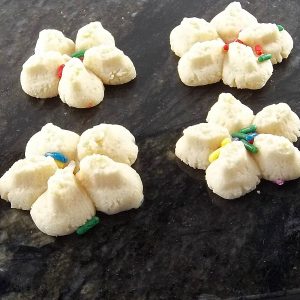 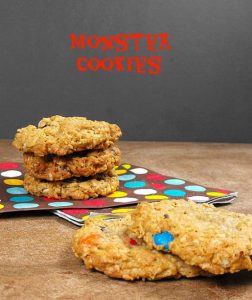