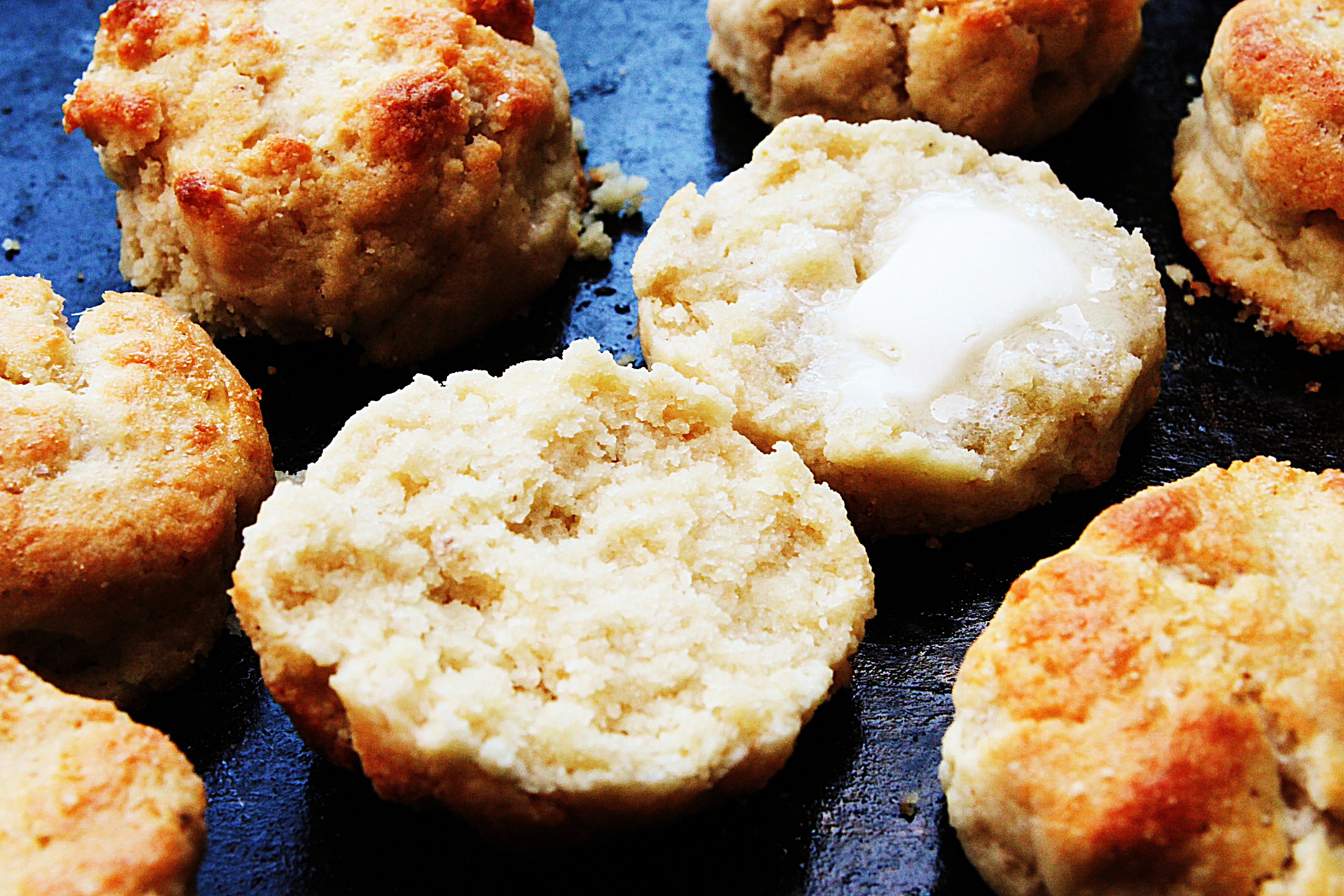 Buttery, flaky, melt-in-your-mouth, Southern-style biscuits. A distant dream on the keto diet? Not after you try this recipe! Whether they’re split down the middle and drizzled with honey, or they’re smothered in sausage gravy alongside a plate of fried chicken, or they’re dressed up with cheddar cheese and garlic, biscuits will make tastebuds tingle any way they’re served.

Like most pastry and bread recipes, flour biscuits, though indubitably delicious, will probably never be considered health food. And low carb? Forget about it! With refined flour as the primary ingredient, these high-glycemic treats when prepared traditionally are an occasional indulgence for most, and completely off-limits for those following gluten-free, grain- free, paleo, or keto diets.

But to have a dietary restriction or preference does not eliminate the desire to occasionally mainline a buttery biscuit straight to the mouth. Though it may not be possible to stop into the nearest store for a grain-free biscuit, with this biscuit recipe you can make keto buttermilk biscuits at home in under 45 minutes!

A lot of dairy drinks like milk are not considered keto because they contain about 12 g of carbs per cup. Buttermilk has the same amount of carbs, but in this recipe uses 1/2 cup of buttermilk for 12-14 biscuits. That means the buttermilk only contributes about 1/2 carb to each biscuit. Unless you’re eating a whole batch of biscuits in one sitting, the buttermilk carbs aren’t a big issue.

As with most low carb recipes for keto-friendly baked goods, the main dry ingredient used in these biscuits is almond flour in place of the white flour common in other biscuits recipes. For the best results, steer clear of grinding your own almond meal at home and instead opt for the super-fine ground and blanched almond flour that can be found in the baking or specialty aisles of most grocery stores. Unfortunately, coarse, homemade almond meal is too heavy and high-moisture for producing the flaky biscuits we’re after in this keto recipe.

When making biscuits of any kind, it is extremely important that all the ingredients be kept very cold. Low temperatures ensure that pieces of butter stay solid in the dough prior to entering the oven. Once the biscuits begin to bake, the butter pieces release steam to create pockets, resulting in tender, flaky layers, which is why it’s important that the butter holds its shape and moisture until baking time. With melted butter and a low carb or no carb flour, you’d end up with flat and dense disks. This means the butter, egg, and buttermilk should be kept as cold as possible in the refrigerator before and during the mixing, shaping, and cutting of the dough. Additionally, for an optimal outcome, we recommend placing your almond meal and mixing bowl in the freezer (yes, really, the bowl!) for 30 minutes before you plan to start these low carb biscuits.

Another key component in biscuit-making is to make sure you don’t overwork the dough. Handle it as gently and as little as possible when mixing, rolling, and cutting the biscuit rounds. This way the heat from your hands will not soften the butter pieces, and your final keto biscuits will have a melt-in-your-mouth texture.

Do these keto/low carb biscuits taste exactly like their traditional flour-based counterparts? Will they fool the savviest wheat connoisseurs? Most likely not. However, that’s not to say they aren’t a convincingly close alternative for low carb diets, boasting far more nutritional value. So the next time you’re craving a golden brown, oven-fresh, fluffy biscuit low on net carbs, give this recipe a try, and see if you can stop after just one!

Satisfy your sweet tooth with this easy-to-make recipe for Keto Buttermilk Biscuits. 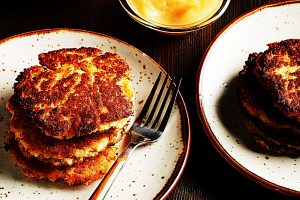 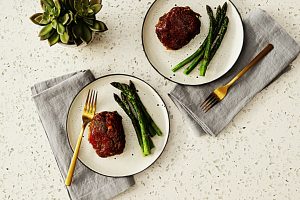 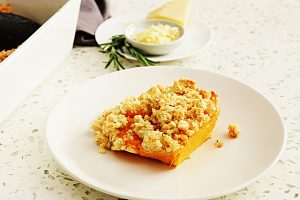 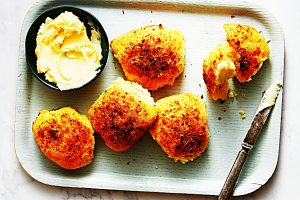 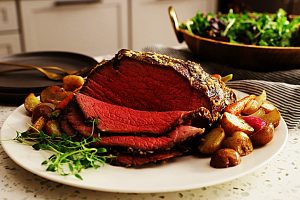