My brother was recently diagnosed with adult onset Type 1 Diabetes. It’s a bit of a shock, because I always thought it would be me or my other brother that got it, because our body types run more like my father’s side of the family and that’s where the Diabetes lurks. As he starts adjusting to what this means for him, I want to help make some of the transition easier for him. One of his most favorite foods in this world is a cinnamon roll; my mom’s cinnamon rolls, now perfected by his wife, to be exact. I realize he could still eat them and then adjust the amount of insulin he takes, but if he could eat one with low glycemic sweetener, he’d be much better off. Optimally, he would eat one made with almond flour, so the carbs were minimal. However, the texture difference between a full on, Mom cinnamon roll and an almond flour, totally low carb cinnamon roll is so vast that I am sure he’d pass. He might ever be put off ever trying anything like it for good.

So baby steps are called for in this situation. I am after a soft and fluffy gluten free, refined sugar free cinnamon roll that will satisfy my brother’s tough palate. This is my first attempt. I fed it to my family because they are not gluten free bread eaters. They still know that soft texture that only gluten can give a roll.

The verdicts were a bit of a surprise to me. All three of the kids that ate them, liked them. They said they tasted like any other cinnamon roll, though they were a bit too heavy on the cinnamon. I was shocked that they could not tell any difference!

On the other hand, my husband, whose opinion would be the most like my brother’s, said they were chewy in a weird way and that he missed the sugar buzz that he expected from eating it. I said, “welcome to gluten free, low/no sugar eating!” His was the critique that makes me think I need to keep trying. However, I don’t want you to miss out on this very delicious version. For those of us who have been gluten free for any length of time, this is amazing! They were much fluffier than others I have tried and the flavor was spot on.

I found this recipe on The Baking Beauties blog. She made sticky buns, the kind you flip over and the syrup oozes down the sides of it. She also used full sugar, so there were a few things I had to adjust. The basic recipe, though was fantastic. I used erythritol, Swerve confectioners and coconut palm sugar as my sweeteners. 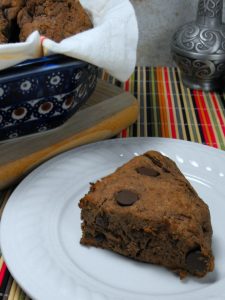 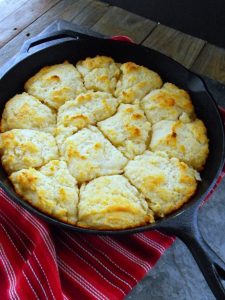