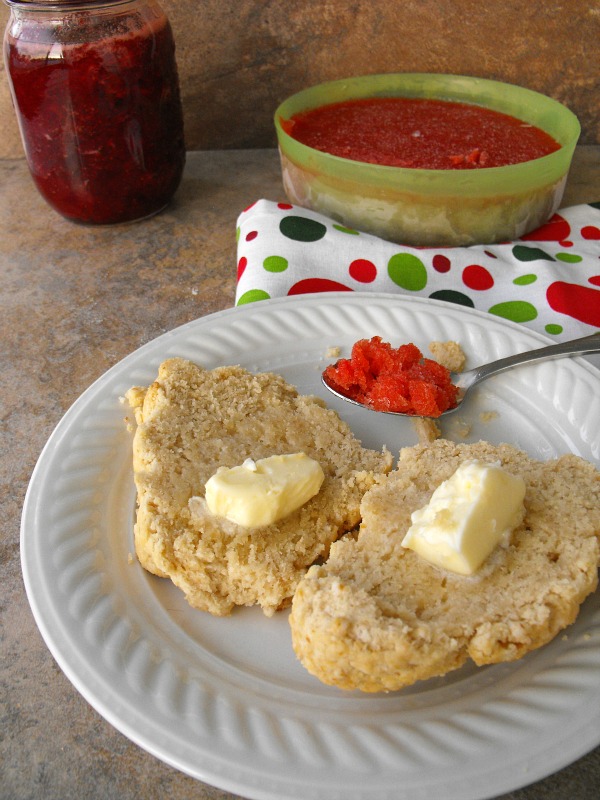 I finally got to the Jacksonville Farmer’s Market. It was the middle of March and a lot of the “seasons” were coming to an end. I bought three flats of strawberries along with a bunch of other produce. I got home and literally stuffed every nook and cranny of my refrigerator with fruits and vegetables. Then I turned around and there were all of those strawberries, still sitting on the counters.

I had thought that I had a couple of boxes of pectin in my cupboards, so I wasn’t worried about the berries. After tearing apart my kitchen, my pantry and every other part of my house, I realized that I only had one box. By then, I was getting a little tired and those berries were still sitting on my counters, mocking my efforts. I grabbed my Ball Blue Book (ad) and found a no-pectin recipe for canned jam that I had used before. It only took a little while to make and soon I had four cute little pint jars full of jam….and two and a half flats of berries left.

I chopped up more berries and made up the freezer jam recipe on the pectin. It was No Sugar added pectin, which meant that I didn’t have to add more sugar than berries like the normal pectin requires.. I used my Cuisinart Mini Prep (ad) to chop up many of the berries into jam-ready 4 cup bags. We ate half a flat and I sliced the rest up for smoothies and pies and whatever else

It occurred to me as I made the jam that everyone might not know how to make jam. Freezer jam is simply a matter of following the directions included with the box of pectin you buy. I am not going to share that here. But I will tell you that I made my freezer jam with pure maple syrup and apple juice. It was really good.

And just fyi, I took the pictures with freezer jam that had just come out of the freezer, so I had to scrape a spoonful for the photo. There were some ice crystals in the container, which now look like crumbs. Perhaps I should have photo shopped them out, but, I didn’t. Just know that no crumbs entered the bowl of jam in the taking of these photos. 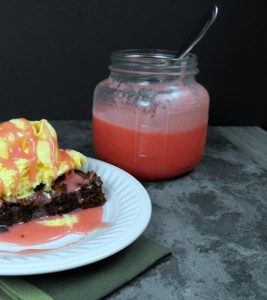 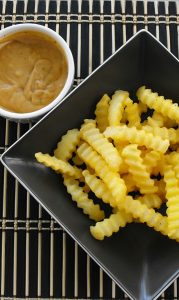 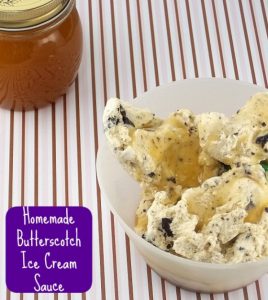 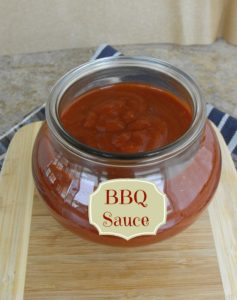 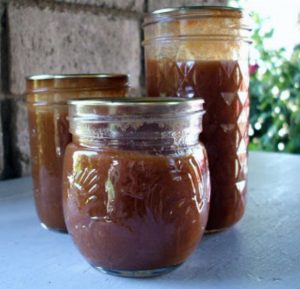